Saturday evening Hannah and her friends (Aoi chan and Akane chan) are going to Kasukabe festival! 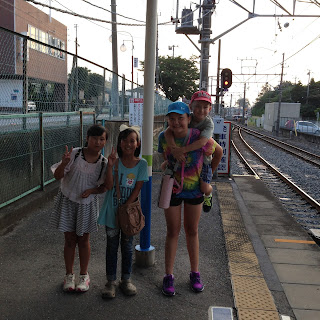 Kent and Mommy spent time at the festival. The girls went themselves, so that I don't have their pictures. He did three games. The first one is "Scooping up the balls' ($3) 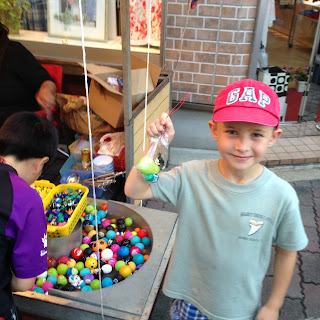 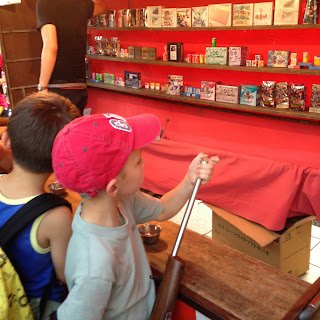 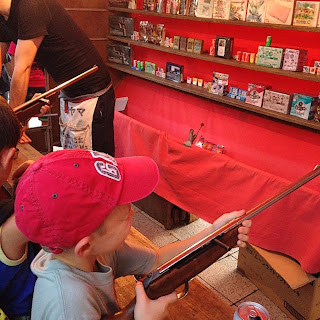 The third game is "Yokai Watch"game. ( We didn't take picrures) 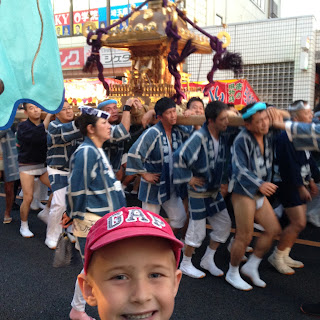 After that we watched Omikoshi( potable shrines) 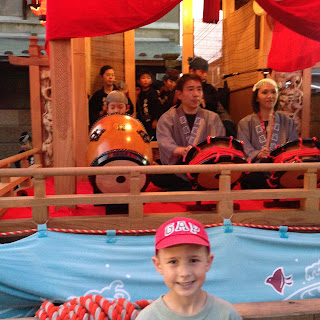 
The Snob came to Kent to take  a picture! 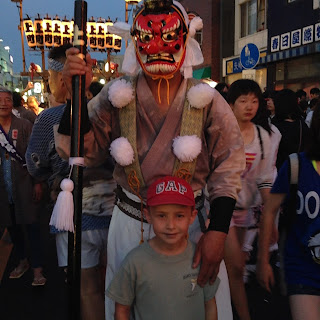 Sunday afternoon we went to the local Onsen. It took about 4 0 minutes from Kasukabe.
It is in Kitamato City (North of Omiya) and is called Kitamoto Onsen 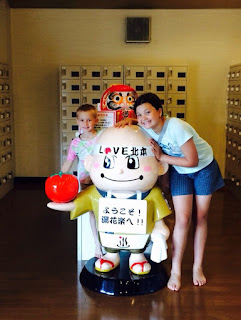 After the Onsen we played at the play ground. 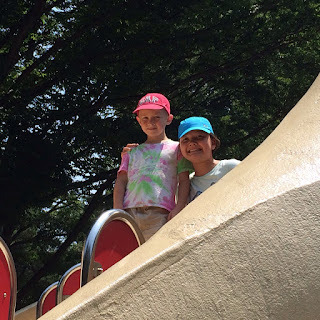 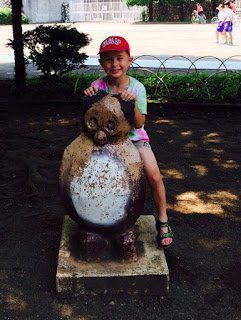