Today Hannah and mom went to running practice in the morning. Sine it wa too hot, the coaches decided to call off a hour earlier than it was the scheduled.

Evening Kent had summer festival at his Yoochien.  He was looking forward this for a week.
He got a new Ginbei from grandparents. 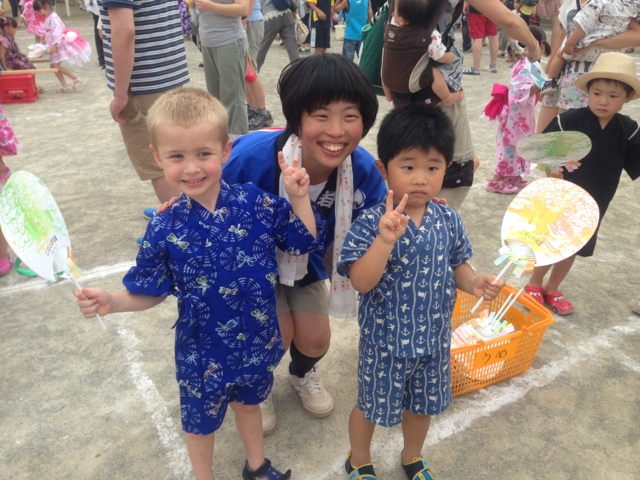 With his best friend , Yujiro. They are in the same swimming class at Tobu. Sport club.
Another friend...  After that three more  Moms asked Kento " Can you take a pho with my son?" He was very popular. 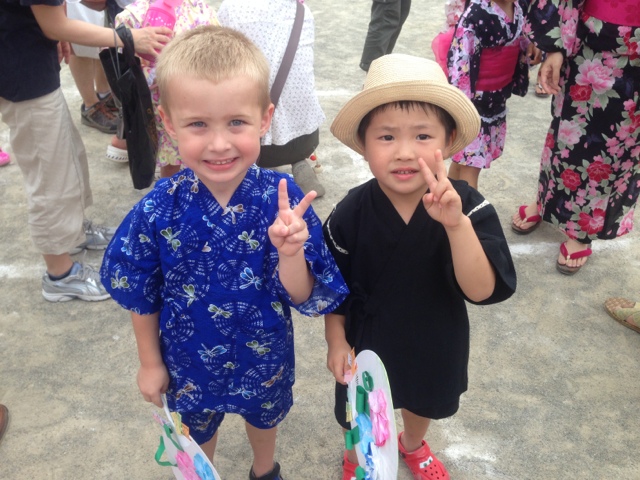 He is carrying  a portable shrine.  His class made the shrine. The theme was a green giant dinosaur . He was very proud to create this shrine. 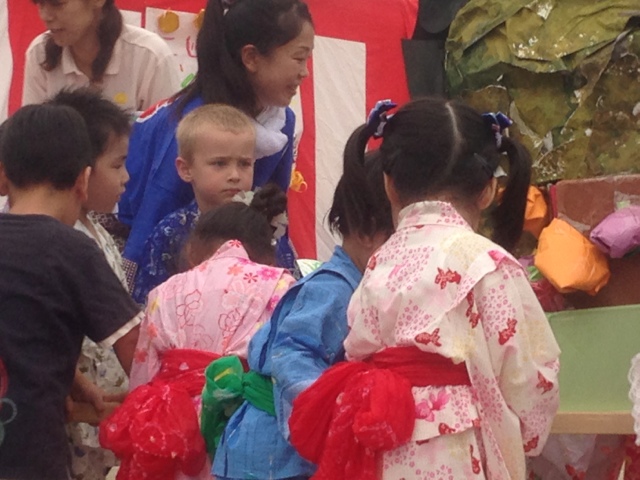 With Mori sensei. All three had Mori sensei in their kindergarten life! 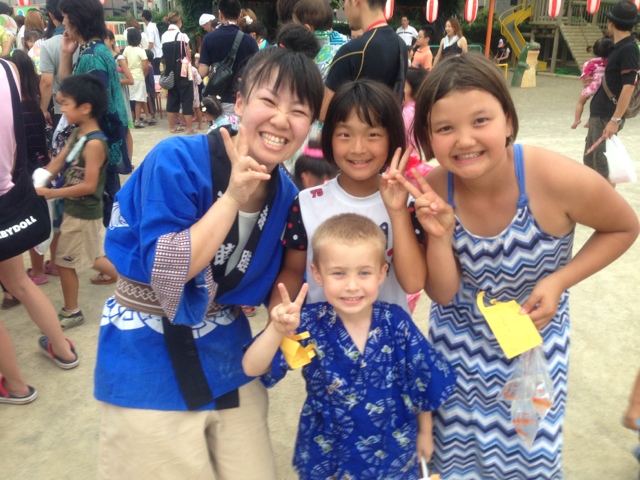 It was very humid and hot day. We had Japanese Popsicle to walk home.
投稿者 ながいせんせい 時刻: 5:05