Shichi-Go-San (七五三, "Seven-Five-Three") is a traditional rite of passage and festival day in Japan for three- and seven-year-old girls and three- and five-year-old boys, held annually on November 15 to celebrate the growth and well-being of young children.

Since we won't be in Japan in November, we took his 7-5-3 pictures at Studio Alice now. 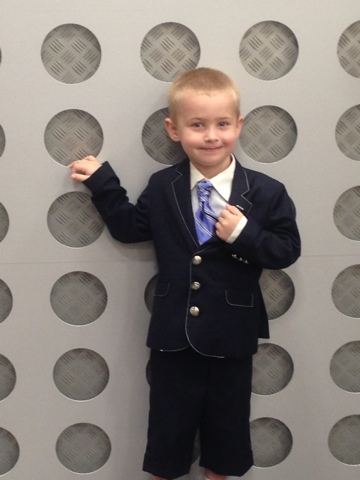 He did a great job to be a photo model, while some other kids got tired of making a good smile.
What a handsome boy! 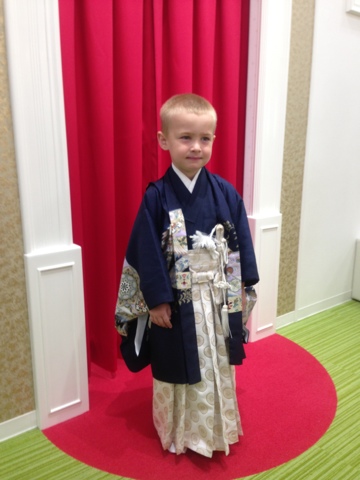 With his sister! Hannah look very pretty, don't you agree? 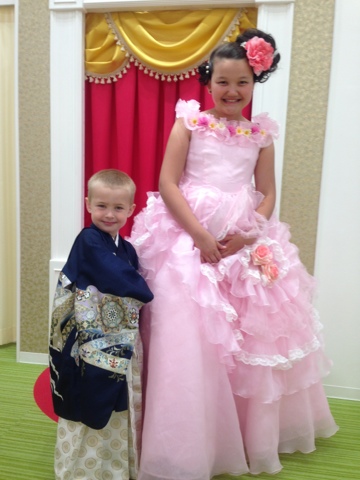 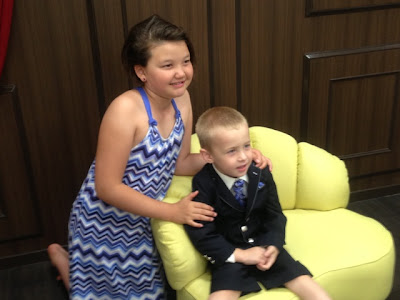